The 2020 PREP Spring season will include:

PREP Varsity advanced to the North Central Finals with a 7-2 victory over New Trier White. They will play New Trier Blue for the championship in a best-of-three series starting on Friday, February 21, 8:00pm at West Meadows Ice Arena.

PREP JV Black reached the North Central Finals in a thrilling 2-1 shootout win over BGHW. They take on Lake Forest for the championship on Saturday, February 22, 4:50pm at West Meadows Ice Arena.

North Central playoff brackets and a link to the state tournament bracket can be found on each teams page. 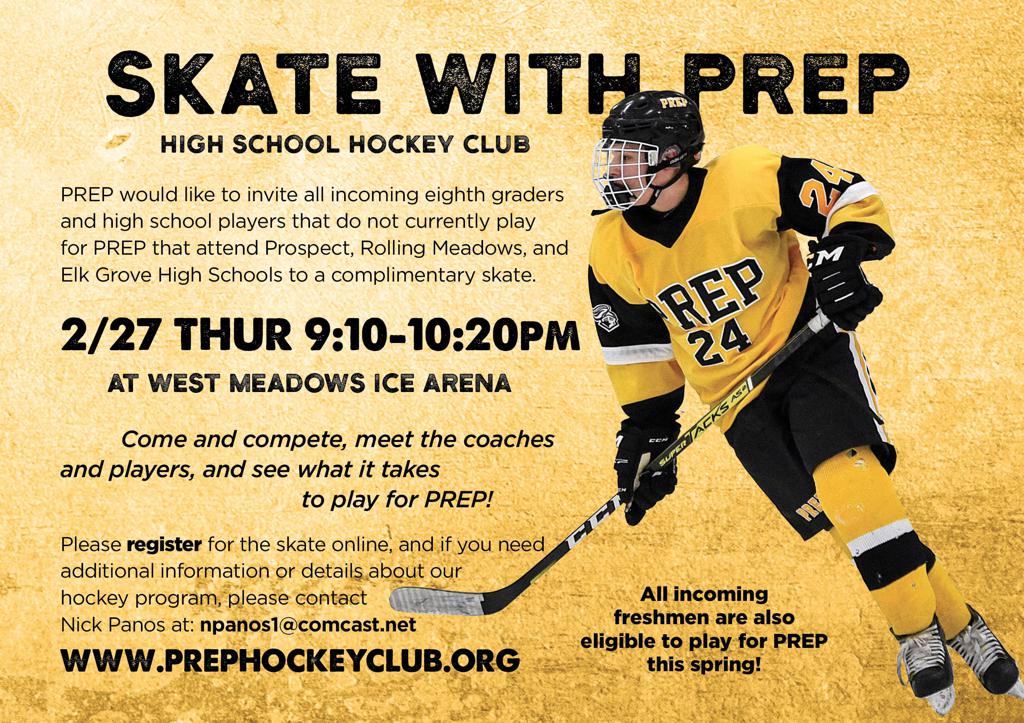 Congratulations to Owen Lewis, John Panos and James Raffone. All three were invited to attend.